Pass the Ketchup by Dave LaRue

Dave LaRue
Posted by: emunsch@baldwinsupply.com on 8/28/2018 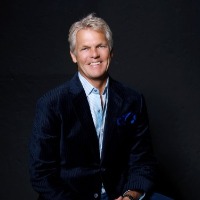 So remember the old proverb, “To know and not to do is not to know.” My hope for you is that you learn and then consciously try to implement the habit that I call “Pass the Ketchup.”

Let me tell you a little bit about the person who shared it with me many years ago. Most of us are lucky to have many friends in our lives, but it’s been said that you are extra lucky in life if you have one true friend. Here’s an interesting question to ask yourself about your friends to see whether or not you think about them in the same way that I think about my friend Morgan: If you were in need of help, you probably have a friend or two that you could call for help. But let me ask you this: If you were being detained by a group of terrorists in a foreign country, do you have a friend that you could call? A friend who would help you with bail money, ransom, or do whatever it takes, no matter what? I have such a friend. His name is Morgan, and I can promise you that he’d be on the first plane and he’d even bring his checkbook.

I’ve known Morgan for over three decades now. We’ve been together through thick and thin, through many very profitable business ventures, but also through hardships. We get together as often as we can and spend a lot of time talking about our lives and our plans for the future. It was during one of these conversations that Morgan shared his story with me.

We were talking about life and business as we often do, but during this conversation, Morgan started talking about his grandpa. He was very close to him when he was growing up and they spent a lot of time together. In fact, they regularly had breakfast or lunch together on Saturdays.

Morgan told me that his grandpa only had an eighth grade education, but that he had taught classes for many years on sales and marketing at the University of Minnesota. He was very goal-oriented and success-minded. He took great pleasure in helping his grandson learn the secrets to having a successful life.

One particular Saturday, Morgan and his grandpa ordered cheeseburgers and fries for lunch. When the meal arrived, Morgan grabbed the ketchup and quickly put some on his fries while also managing to splash some on his shirt. Once his fries were covered in ketchup, he started eating them. Then he started on his cheeseburger. But all of a sudden, Morgan noticed something. His grandpa wasn’t eating. In fact, he was just staring back at him with a weird look on his face.

When Morgan asked what was wrong, his grandfather said, “You didn’t pass me the ketchup.”

Morgan was confused by this statement. “But Grandpa, you never asked me to pass the ketchup.”

His grandpa said, “We’ve eaten together many times and you know I love ketchup when I have a cheeseburger and fries. Isn’t that true?”

“Do you want to be successful in life? Then you need to learn to pass the ketchup before people ask for it.”

Morgan nodded but didn’t fully understand the power of what his grandpa was teaching him. As the years went by, it became more and more clear.

In fact, over the course of his life, Morgan has made a point in both in his personal life and his professional life to anticipate the needs of others and to take action in advance. This habit, learned over lunch from his grandfather, has stood at the center of all of the success he has ever experienced in his life.

As he told me this story, I realized why I was drawn to Morgan in the first place. True friends understand how to pass the ketchup, how to think about others and not just themselves. I had appreciated this quality in Morgan for many years, but now I understood where it came from and that it was an important principle in achieving success. After Morgan shared this little story with me, it became evident to me why he had been so successful over so many years: He passes the ketchup. I discovered that this principle defines who and what you become in life.

This story made such an impact on me and it is a part of how I have become successful. It helped me to recognize, strengthen, and nurture this habit in myself. In fact, after telling me this story, Morgan said to me, “Dave, you always pass the ketchup. It’s just a part of who you are. It’s as natural as breathing in and breathing out for you."

It’s true, I do live my life passing the ketchup. This simple but thoughtful habit had shaped my life. But I also realized where so many challenges in my life had come from. Inevitably, when a deal hadn’t worked out well, it was almost always a situation where I had chosen to do business or get involved with someone who didn’t pass the ketchup; someone whose inner dialog was all about them; someone with no recognition of the importance of working together as a team and looking out for one another.

It was no accident that Morgan and I had been drawn to one another and had become such good business associates and great friends. Morgan and I pass the ketchup and it has allowed us both to create extraordinary lives.

The motivational speaker Zig Ziglar is well known for saying, “You can have anything you want in life if you’ll just help enough other people get what they want.”

Never sit in front of the fireplace asking for heat. That won’t work. If you want heat, build a great fire and you’ll have all of warmth that you need. The only catch is that you have to act first. It has to start with you. Sitting and waiting in front of a fireplace and asking for heat isn’t a wise approach, just like wishing others would treat you a certain way or help you with your goals isn’t a formula for success unless you learn to put others first. If you want heat, build a fire and light a match and the magic can begin. Focus on serving and watch what happens. Ask yourself how you can best serve others and start doing it. The rewards will take care of themselves. That part is automatic.

So start passing the ketchup in your life and watch what happens. I promise that it will transform every area of your life.

Thank you for passing the ketchup.